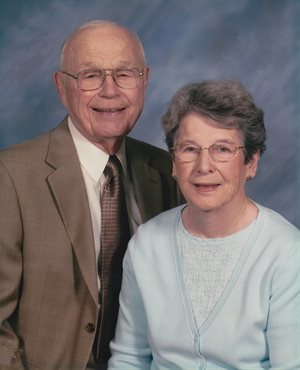 David Opperman grew up in Piper City, Illinois and was the first in his family to receive a higher education having attended the California Institute of Technology (BS Science, ’47) and the University of Illinois (MS Geography, ’56). He served in the US Naval Air Corps in both World War II and the Korean War. He worked for the US Weather Bureau in Cincinnati, Ohio and the US Air Force Weather School at Chanute Field in Rantoul, Illinois. In 1956, he joined the faculty at the University of Illinois as an instructor in general engineering where he was known for supporting his students, particularly those coming from rural communities. He was also active in the American Society for Engineering Education where he received two national awards for his work in cooperative education. He retired in 1985 as Assistant Dean and Associate Professor of general engineering.

The David Opperman Study Abroad Scholarship was established by David’s son, Mark, in memory of his father in order to provide students with what is often a life-changing experience living and studying abroad. David Opperman and his wife, Barbara, welcomed many foreign students into their home throughout his career at the University and established lifelong friendships. “A scholarship to support study abroad seemed like the best means to make an ongoing impact on students’ lives in a way that would honor my father’s work”, related Mark. International Programs in Engineering at The Grainger College of Engineering awarded the inaugural scholarship in fall 2018 to Jose Mancias to support his study abroad experience in Sweden.

In addition to his generous support, Mark also took advantage of The Grainger Matching Challenge as well as his employer’s charitable matching program, compounding the support to Grainger Engineers interested in enhancing their learning experience through study abroad and gaining new perspectives in their fields of interest.