The SURGE Fellowship program aims to recognize outstanding students from historically underrepresented groups in engineering graduate programs, specifically African Americans/Blacks, Hispanics, Latinx, Native Americans, Alaskan Natives, or Native Pacific Islanders, as well as women of any ethnicity, and persons with a documented disability of any ethnicity or gender. Incoming PhD students in The Grainger College of Engineering from these groups who are U.S. citizens or permanent residents are eligible to be nominated by their departments at the time of admission. The SURGE Fellowship is a 5-year fellowship program that combines financial support at a nominal value of around $124k + tuition waivers with opportunities for networking and community building.

About the SURGE Program

In 1992, in response to a National Science Foundation initiative, The Grainger College of Engineering launched a major, long-term program aimed to increase the number of African American/Black, Hispanic/Latinx, Native American, Alaskan Native, and Native Pacific Islander graduate students, as well as graduate students with disabilities.  At the time the SURGE Fellowship program was launched, graduate students from these communities made up only 1% of graduate enrollment in engineering. Women made up 11% of graduate student enrollment.  Grainger Engineering was awarded an NSF grant to start this program, which now is supported and funded solely by the college. 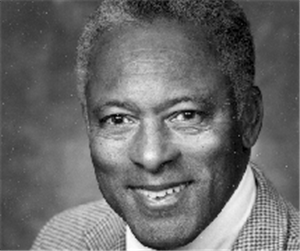 Assistant Dean Preston (Pat) Ransom was instrumental in establishing and directing this program.  Dr. Ransom ran this program for 21 years before he stepped down in the summer of 2013.  He worked closely with the SURGE Advisory committee and key faculty in each department to ensure students had the necessary support to be successful in their Ph.D. program. From 1992 to Fall 2018, the goal number of annually awarded SURGE fellowships increased from 12 to 18.

The SURGE Fellowship program is run through The Grainger College of Engineering Office of Graduate, Professional and Online Programs, located in 400 & 401 Engineering Hall.  Questions regarding the fellowship should be directed to Diana Gonzalez.