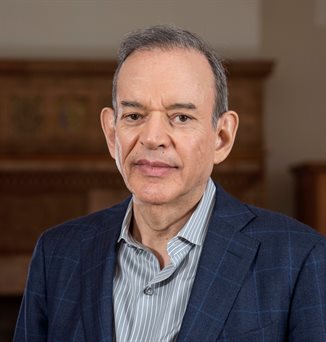 “My education allowed me to accomplish great things. I believe that I have a duty to help others receive an education. That is the legacy of having a great education from the University of Illinois.”

Atef Eltoukhy is the money manager and chairman of Aurum Capital Management, a family office in Woodside, California. Formerly, he was a professor at the University of Southern California in Los Angeles, a scientist at IBM and an entrepreneur in Silicon Valley, where he co-founded two companies in the digital storage industry and took them public.

Atef's work has spanned three different careers, in science and academia, where he has been considered one of the pioneers of digital disk storage technology, as an entrepreneur, who co-founded four successful startups in two different industries, and as a money manager and quant trader with a track record of thirty-two profitable years in a row. Atef has authored many patents and publications in semiconductor and magnetic thin film technology. In the early 1990s, he launched a new career in investment management, co-founding two registered entities in San Francisco, which include a broker-dealer and an investment adviser.

Atef received his master’s and bachelor’s degrees from Cairo University. He holds a PhD in metallurgical engineering from Illinois, where he received the Alumni Distinguished Merit Award in 2015 from the Materials Science of Engineering Alumni Association. He and his family started the Eltoukhy Family Foundation, which supports Middle Eastern students pursuing their education.