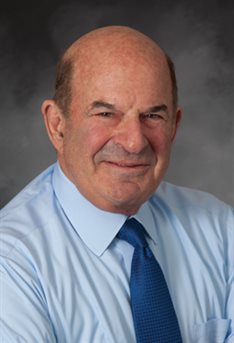 “It’s important for me to give back because my engineering education at the University of Illinois was the backbone of my ability to be successful in my career, particularly as a senior executive.”

Bernard “Bud” Cherry has devoted 40 years of his career to the energy sector and is currently a consultant in the renewable energy field. He served as CEO of Eagle Creek Renewable Energy LLC until 2018. From 2005 through 2008, he was the chief executive officer of wind-turbine manufacturer Northern Power Systems after leading the successful recapitalization of the NPS predecessor parent company, Distributed Energy Systems Inc.

Bud served as chief executive officer of the Foster Wheeler Global Power Group from 2002-2006. Bud joined Foster Wheeler as part of the turnaround management team with responsibility for solving a broad range of complex and challenging issues in the Global Power Group.  He was successful in resolving these matters and in restructuring the group and restoring it to significant profitability. Bud's creative and tenacious leadership as CEO of GPG was instrumental to the company’s achievements and was critical to the extraordinarily successful turnaround of Foster Wheeler Ltd.

Before his tenure at Foster Wheeler, Bud was a member of the senior management team of the Oxbow Group for 18 years.  Under Bud's management, Oxbow successfully developed, financed, constructed, operated and ultimately, profitably sold seven power generation facilities located in the US, Asia, and Latin America.

Bud holds a bachelor’s degree in chemistry and a master’s degree in nuclear engineering from the University of Illinois. Bud is a recipient of the distinguished alumni award from The Grainger College of Engineering. He has previously served on the NPRE alumni board.