We Needed One, So We Built One

IQUIST’s quantum testbed allows researchers to explore leading-edge quantum-computing hardware at a level of detail that few in the world can.

In 2020, Amazon introduced Braket, a cloud-based quantum-computing service. It gives developers an environment in which to evaluate quantum computing technologies, design algorithms, test on simulated quantum computers and run computations on different types of hardware. IBM, meanwhile, lets a small group of corporate partners use a 127-qubit quantum computer called Eagle, which was brought online recently.

These are great accomplishments, and they expand quantum research in important ways. But for physicists, electrical and computer engineers, computer scientists and materials scientists at The Grainger College of Engineering, there’s no substitute for rolling up their sleeves and getting into the hardware.

That’s why IQUIST (the Illinois Quantum Information Science and Technology Center) has built a quantum testbed to explore novel ways to hybridize quantum hardware and scale it to high-performance systems. The project is led by Professors Wolfgang Pfaff and Brian DeMarco of the Department of Physics. It is supported by the National Science Foundation’s Quantum Leap Challenge Institute for Hybrid Quantum Architectures and Networks and by Q-NEXT, a Department of Energy-funded quantum-science program led by Argonne National Laboratory.

Less than two years ago, the team had 2,200 empty square feet in the University of Illinois’ Engineering Sciences Building. Now, they have some of the most sophisticated and usable quantum-computing hardware in the world.

“Ten years ago, I wouldn’t’ve imagined we’d be here. That there’d be quantum computers out there big enough to start doing algorithm development and testing ways we’ll be thinking about quantum computers,” DeMarco said. “But what an Amazon or IBM will let you know is limited. And, fair enough, those are trade secrets. What we need to know to do our basic science and research is: What’s the dirty laundry? What are the problems no one wants to talk about? This is good stuff for the university to focus on. Areas that have a lot of risk, a lot of unknowns.”

“We need more people working on those gaps. We need them advancing the hardware in ways that they can’t with only cloud access to run on a system. We needed an open environment where we tinker and have a significant amount of engagement and interaction among different fields of science and engineering. So we built one.” 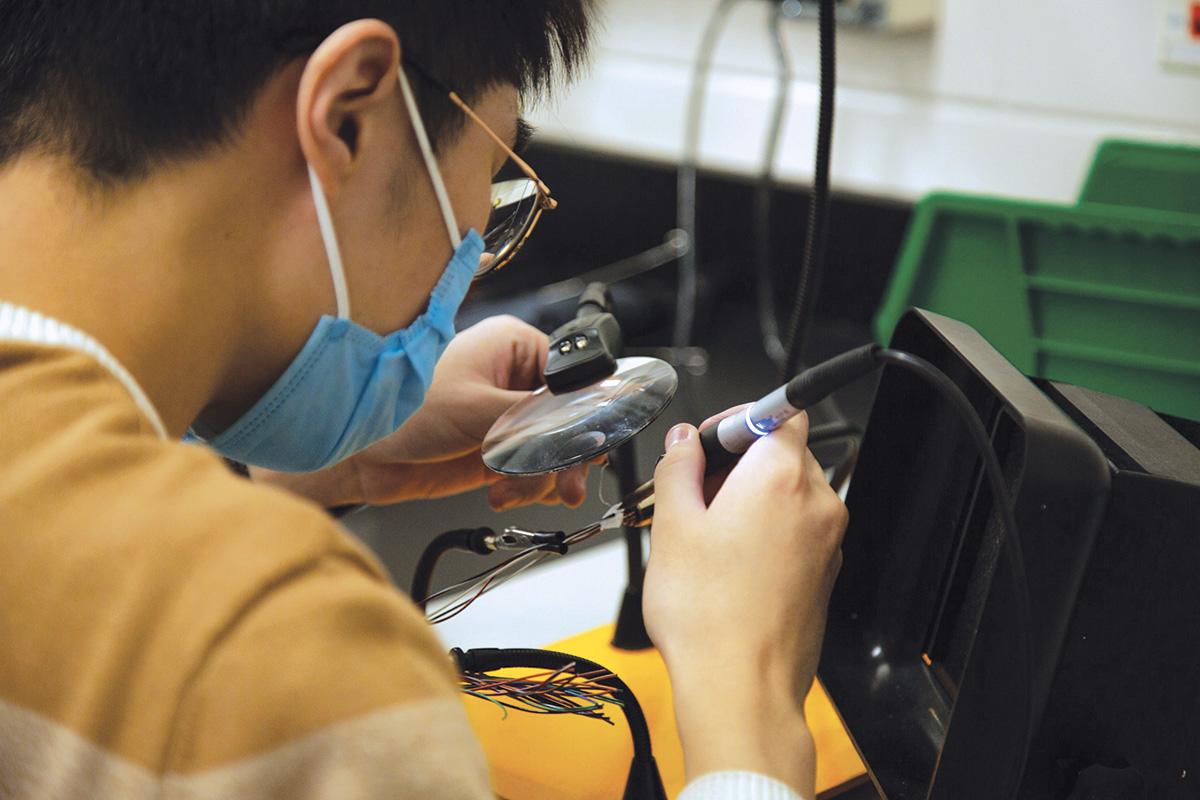 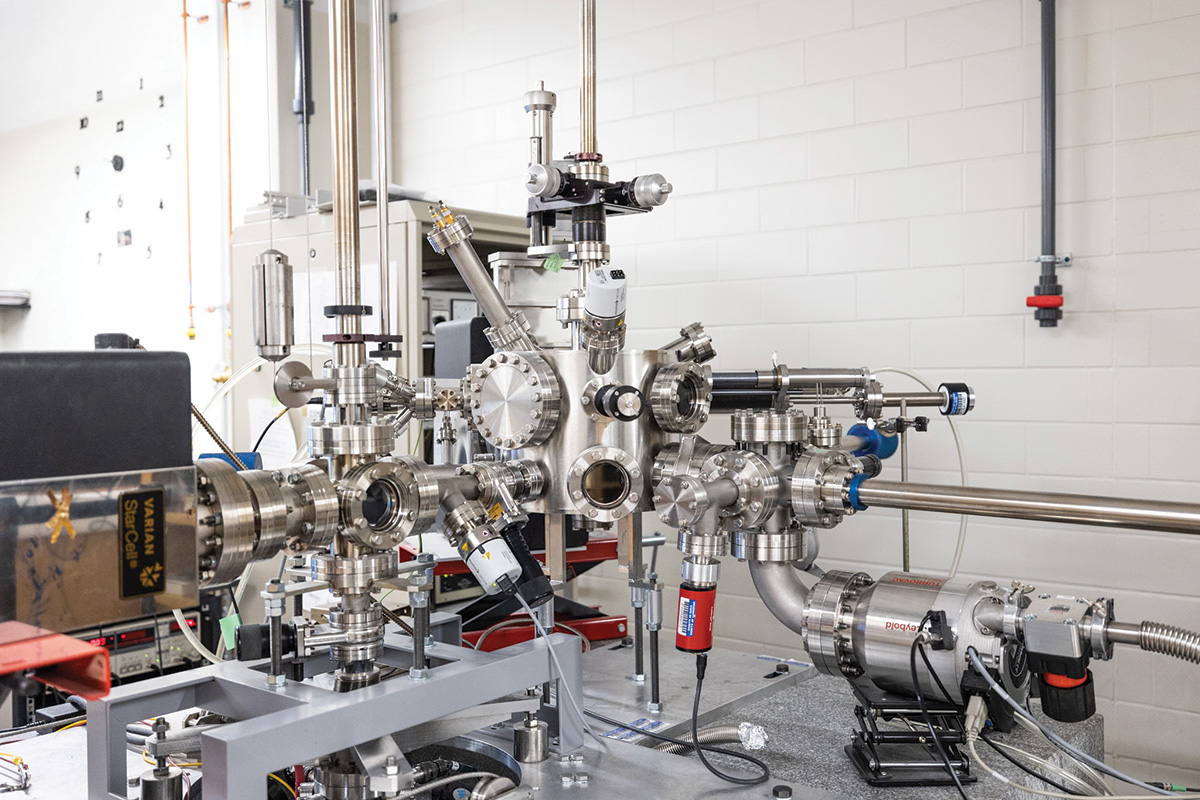 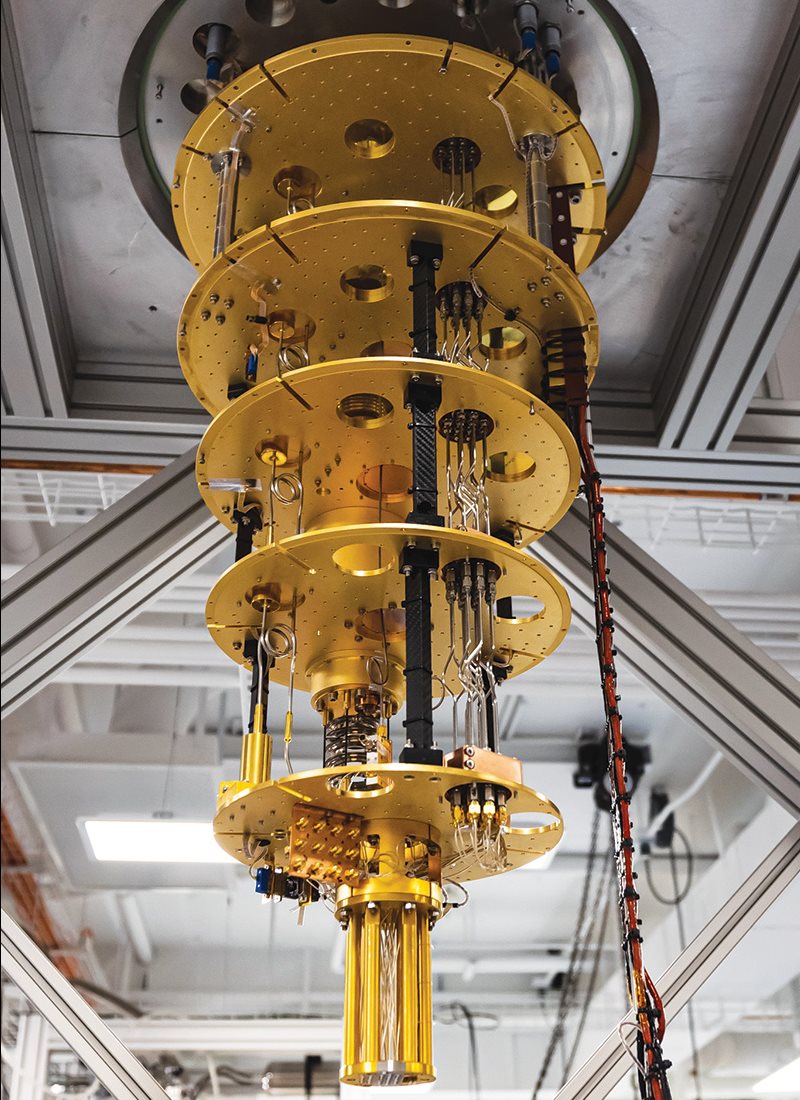 The quantum testbed includes two types of quantum computers. One is a trapped-ion system. In it, an array of single strontium atoms is suspended by electric fields in a vacuum. Laser systems generate light that cools the ions and controls the state of each qubit. The researchers snap pictures of the atoms using a camera that can detect single photons of light.

The trapped-ion architecture effort is being led by DeMarco

Superconducting quantum circuits are the other type of quantum technology being explored. These rely on oscillators that are similar to those used for Wi-Fi, as well as a tool called a Josephson junction that condensed matter physicists use to study superconductivity.

The Josephson junction circuit is like a revolving door on a superconducting wire that allows researchers to impede and control the flow of electrons, allowing only one pair through at a time, according to Pfaff. “The Josephson junction is the quantum element of our system. This component doesn’t exist in conventional electrical circuits, which are made up of a resistor, a capacitor and an inductor.”

With the Josephson junction, researchers can build special circuits that mimic atoms that have two distinct states that store a qubit.

While much of industry is focused on how to get as many qubits as possible onto a chip in order to increase processing power, the IQUIST team is focused on other thorny, fundamental challenges. For example, they are experimenting with ways to build modular, hybrid quantum computers that rely on both trapped-ion and superconducting technology. Team members also research the technology needed to control, store and transmit information for quantum networks and the instruments needed to reliably measure and report the state of quantum information.

“We call all of these quantum computers, but these are really physics experiments,” DeMarco said. “These aren’t laptops. They fit in a lab, not in a box.”

With that in mind, the IQUIST quantum testbed also includes a workshop for machining and constructing the equipment that team members need.

“Some elements of what we build there are off-the-shelf. Some lasers, some of the readouts,” he said. But – because of the extremely low temperatures at which much of the equipment operates and the first-of-their-kind nature of some of the team’s ideas – “there are usually only partial solutions available commercially. This literally often involves connecting the wires by hand ourselves.”

The IBM-Illinois Discovery Accelerator Institute launched in 2021 with a $200 million investment by IBM,  the University of Illinois and the State of Illinois. Its initial ten-year focus is on the rapidly growing areas  of hybrid cloud and AI, quantum information science and technology, accelerated materials discovery  and sustainability to accelerate the discovery of solutions to complex global challenges.

Back to Limitless Magazine Fall 2022