Alumna Parisa Tabriz, Vice President at Google, will be the featured speaker at Grainger Engineering Convocation on May 14. 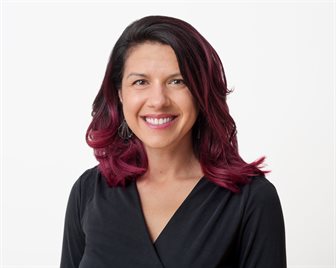 Tabriz is a product and engineering leader, cybersecurity expert and advocate for underrepresented people in tech. She  graduated with her bachelor’s and master’s degrees in computer science in 2005 and 2007.

At Google, she is responsible for Chrome, and helping billions of users worldwide use the web safely and easily. She is also responsible for Project Zero, a security research team aimed at advancing security across the tech industry. Early in her career, she held the title of Google's "Security Princess" and has worked on information security at Google for over a decade, starting as a "hired hacker" software engineer for Google's security team. As an engineer, she found and closed security holes in dozens of Google's web applications and taught other engineers how to do the same.

Outside of Google, Tabriz has served as a consultant to the White House U.S. Digital Service to enhance the security of government technology, lectured at the Harvard Kennedy School, and co-founded USENIX Enigma and the pop-up OURSA security conference. She has created and facilitated trainings for kids interested in learning about security and hacking, and consulted with multiple entertainment writers to help them understand the world of cybersecurity and technology so they can create and depict more accurate, diverse stories.

She has been featured in WIRED, Fortune, Forbes, Elle, NYTimes and numerous other online and print publications. She also has publications in network security and privacy-preserving technologies and is a character in the “Ara the Star Engineer” children’s book.

Read more about Parisa Tabriz and her journey from Grainger Engineering to Google in this STORIED feature.