Flying a Dragon to the Space Station

After a 15-minute push to orbit and a 27-hour chase to the International Space Station, Hopkins is now part of a six-month science mission aboard the ISS. (He’s shown above in March 2019 with SpaceX CEO Elon Musk, astronauts Doug Hurley, Bob Behnken, and NASA Administrator Jim Bridenstine.) 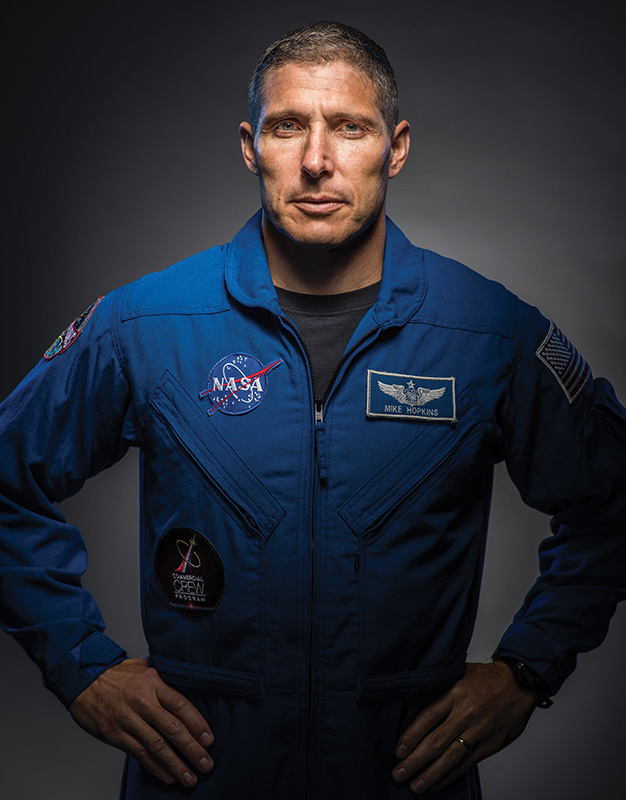 Hopkins was also a member of an ISS crew in 2013 and 2014. That 166-day mission included two space walks. An astronaut since 2009, Hopkins grew up on a farm in Missouri. He graduated from the Department of Aerospace Engineering in 1991, the year he also captained the Illinois Football team.

In all, six Grainger Engineering alumni have logged time in space since 1983.

Back to Limitless Magazine Spring 2021