Vilas Dhar is an optimist. Where a cynic sees pitfalls, he champions technology’s capacity to advance the interests of even the most vulnerable populations. Where a fatalist accepts that we’re hurtling toward more inequality, he envisions generations of new technologists trained to promote justice. Where the blinkered miss opportunity, he embraces the idea that technology is integral to tomorrow’s nonprofits and that nonprofits are integral to tomorrow’s tech.

Dhar is President of the Patrick J. McGovern Foundation, a $1.5 billion global philanthropy advancing artificial intelligence and data solutions to create a thriving, equitable, and sustainable future for all. He earned bioengineering and computer science degrees from The Grainger College of Engineering in 2004, followed by a JD from New York University School of Law and a Masters in Public Administration from Harvard University’s Kennedy School of Government.

“We are all becoming architects of our digital destiny, and we have to do that together,” Dhar said. “It’s not necessarily the wrong hands that are shaping our shared future, but we can do more with more hands.”

He spoke to Limitless in June, sharing his vision for empowering nonprofits and change-makers with technology, encouraging technologists and engineers to pursue careers in public interest technology, and building a better future with people from all backgrounds doing the work. His comments have been condensed and edited.

Listen to the podcast

Artificial intelligence, data science, these tools are transforming almost every element of the human experience. And the choices we’ve made as a society reflect the incredible confidence we have in the idea that a better future is possible. We’ve taken incredible resources and equipped some really smart people with some great, gleaming, shining tools and asked them to build things to reflect our creativity and ingenuity.

This is a pretty incredible start to a future ahead. Yet there’s a flip side to that. Even as we’ve equipped private sector technologists with these great tools, we’ve tasked another set of people – social change makers – with addressing some fundamental and immediate problems. Hunger, climate change, the lack of access to education and health care. Unfortunately, we haven’t given them access to the same sets of tools. We’ve given them plastic shovels and plastic hammers, the kinds of things you build sand castles with, and asked them to build the institutions that create equity in the world.

We want to address that by bringing technology into the philanthropic sector – institutions like foundations that have for so long been asked to hold public capital and use it for public good – and saying: Let’s add technology to the toolkit. Let’s bring technological expertise. Let’s bring an enthusiasm and excitement about what technology can create in the world, and let’s pair it with the passion of incredible change makers to say we can bring the value of deep supply and logistics chains to people who are working on health care in rural, last-mile communities. We can bring the capacity of social networks and learning agents and conversational protocols to agents who help people when they’re experiencing some of the greatest mental trials they might feel in their life so they have a place to be supported and cared for.

If this is possible, then there is also an impatience. It’s an impatience I learned as an engineer at Illinois. If we know we can design products that can actually make the world a more equitable, more sustainable, more thriving place, then why aren’t we doing it now? And that’s where the Patrick J. McGovern Foundation sits: Let’s enable that kind of action in pursuit of a better future.

“We are all becoming architects of our digital destiny, and we have to do that together.”

It is essential we put a fine point on the idea that technology can be a democratizing force. But that requires an intentionality. The potential exists, but we need to come together with a shared intention to ensure that the technologies being built are the ones that actually serve all of us.

It brings us to a conversation about technology and equity that requires new social structures and institutions. I’ll give you one example. I’m fascinated by questions of data equity. We are creating data in all of our behaviors, our activities, our actions. That data is being collected by institutions, often data intermediaries or technology companies.

We’re moving into a world and a future where it may be the case that we need a new conception entirely of data. Is it a matter of privacy? Is it a property right? Is it a thing that I own and I transfer? Or do we need a new social conception of the interests of the individual based on what that data represents to them? Historically, these are conversations might have been in the school of law or they might have been for government policy-makers. Now the technological complexity of what we’re talking about means that we need to create leaders who both understand the technology and are capable of addressing the legal, societal, and ethical questions that are going to come out of it. When we think about tech and equity, that’s going to be a really essential part of our public conversation going forward.

Universities play an incredibly important role, not just in teaching skills but in teaching creative frameworks for how to think about addressing problems at scale. Of course, universities are the place where we train generations of decision makers to understand the contours of how technology works. They are also where we can learn how to apply these new and innovative approaches to large-scale problems – in a socially grounded framework that understands how these products we build and the ways in which we build them promote more justice and equity in the world. 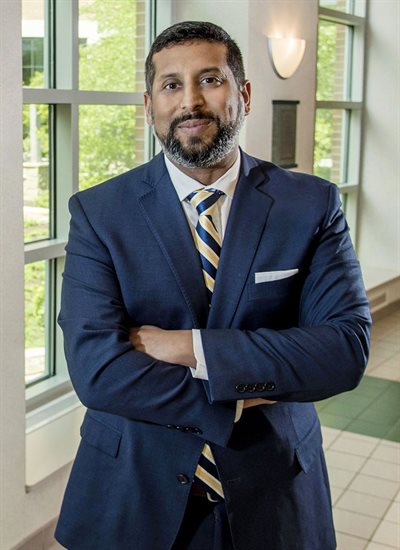 There’s more that can be done. There are questions of how research that’s going on inside universities can be applied to social challenges even in those formative moments. So much of the work that came out of the University of Illinois, for example, that was later commercialized was built first as trying to solve a social problem. The world wide web and NCSA Mosaic as a way of taking academic resources that were sitting on disparate servers and making that accessible to researchers, which then, of course, led to an incredible transformation. So one of the things we think and care a lot about is how do we ensure faculty are supported in identifying research projects and proposals that have dual purposes – both engaging and advancing the frontier of the field of knowledge but also along the way, using social use cases as a way to validate hypotheses and build products that might support them.

And finally we think about how faculty – this incredible resource of technological knowledge, that have enjoyed a deep partnership with the technology industry, spending time in their labs and also working inside corporate R&D – might have the same privilege and experience of doing the same work with social change organizations. Being able to spend a sabbatical or a secondment or even stepping out of academia temporarily to work inside of a large organization that might be using the newest and most emergent frontiers of algorithmic machine learning to directly deal with problems like human trafficking or the misallocation of resources or wildlife poaching.

The conversation that we focus on is not just how to build more ethical AI but how to build a more ethical society that is guided and served by AI and technology. The problems we’re facing with early implementations of AI today – around racial bias, around accountability and transparency, around explainability and auditability – these will not be problems that we will simply solve, put away, and move on from. These are fundamental questions that should be asked every time we deploy new iterations of these technologies, and they should be core to the development and production, the direction that we take with AI.

We want to upend the whole process. We don’t want to think about these questions as obstacles that prevent the creation of new AI. Instead, we think they’re absolutely essential additive building blocks that we need to build into the process.

If we were able to reorient the way that we create technology, then we’d be in a place where we could look at technology innovation through the lens of people’s lives. I think the most innovative tech out there is actually the stuff that is not happening in the traditional tech industry. It’s instead a new generation of public-interest technologists.

I’ll give you the example of the International Wakashan AI Alliance. This is an organization that is bringing together cutting-edge natural language processing algorithms and an understanding of how we map languages across multiple domains to not just translate a problem that’s being solved between English, Spanish, French, but to apply that same methodology to preserve languages of Indigenous peoples across the world.

I share this not just because it’s an interesting application of a technology but what it means for entire peoples whose languages have been stripped away, where they might only have 50 or 100 native speakers left. Through this work, the Wakashan Alliance is not just able to capture them on tapes or to document them for future generations. They are building living models that capture how people communicated through thousands of years of human history and making them accessible to an entirely new generation of people so that they can understand how it maps to their existing languages.

I think of technologies like the ones being built by groups like ISeeChange, a small organization in New Orleans that allows people to document how climate change is affecting them. When on their streets, when it rains heavily, floods are backing up public sewers or drains or are creating issues with rivers overflowing their levies. It allows individuals to report those events using their own cellphones and then has a robust AI infrastructure behind it that pulls all of those data pieces together and creates useful policy recommendations for local city governments.

There are myriad of these examples. And they are happening all across the world in pockets of innovation where students from colleges are bringing technical skills to support communities in making a better future.

This to me is tech for good. It’s applying the same skills and the same pieces of knowledge that we’ve applied to build all kinds of shiny things and bringing it right back down to the level of individuals and helping all of us live our best lives – as individuals and as parts of a community exploring the opportunities of our digital destiny.