Computer science professor Hanghang Tong and a team of researchers recently received an three year award for over $1 million from the National Science Foundation and Amazon. The award is a part of their joint Fairness in Artificial Intelligence program. The initiative supports computational research focused on fairness in AI to ultimately create trustworthy systems that can help tackle society’s biggest challenges. 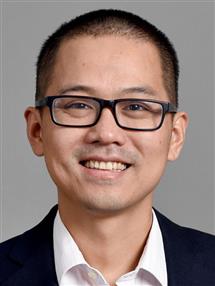 Tong leads a team alongside professors My Thai from the University of Florida and Ross Maciejewski from Arizona State University. The team hopes to make network mining results and processes explainable, transparent, and fair.

Their proposal seeks to explore what they call “the NetFair problem.” In the past, network learning and mining researched the answer to “what and who” types of questions. For instance, who is the most influential in a network? And which tweet is most likely to go viral?

Instead, the team seeks a paradigm shift, to answer “how and why” instead.

“I am excited about this opportunity to lead a multi-disciplinary team [Thai on theory, myself on data mining and Maciejewski visual system] to conduct fascinating research regarding fair network mining, from its theoretic foundations, algorithmic design and to visual systems,” Tong said. “I am even more excited about the potential societal impact, in terms of the prospect that the research outcome could help improve the explanability, transparency and fairness of network mining.”

This award is a part of the first cohort of the NSF and Amazon partnership on fairness in AI, which began in 2017.

“It is a nice recognition of our past research activities,” Tong said. “More important it offers the precious opportunity to conduct fair network mining research.”

The results of projects funded under this program are expected to result in open-source tools, publicly available datasets, and publications that are widely accessible. Amazon will not receive early access to results or special access to researchers.

Partnerships between private companies and public entities like the NSF give researchers a better picture of the big questions being asked by industry that require basic research to answer, and help accelerate the translation of research from the lab to commercialization, the NSF says.