Mark Anastasio has been named the new Donald Biggar Willett Professor of Engineering and Head and Professor of Bioengineering at the University of Illinois at Urbana-Champaign. Professor Anastasio comes to Illinois from Washington University in St. Louis where he is the Joseph and Florence Farrow Professor in the Department of Biomedical Engineering. He begins his new appointment on March 16, 2019, pending approval from the Board of Trustees. 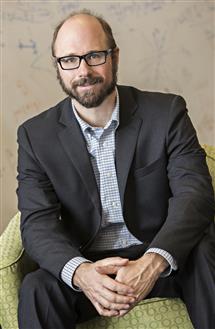 Anastasio is an internationally recognized expert in tomographic image reconstruction, imaging physics, and the development of novel computed biomedical imaging systems. He has conducted pioneering research in the fields of photoacoustic computed tomography, diffraction tomography, and X-ray phase-contrast imaging. His research interests include the development of biomedical imaging methods, image reconstruction, and inverse problems in imaging and theoretical image science.

Professor Anastasio shares, “I am thrilled and honored to lead the Department of Bioengineering into its next exciting phase of growth. Due to the wonderful community of scholars conducting basic science, biomedical, and engineering research at Illinois, along with access to world-class engineering facilities and interdisciplinary research centers and institutes, the department is poised to achieve preeminent status. The department’s continued relationships with the Carle Illinois College of Medicine and the Carle Foundation Hospital, as well as with other leading medical centers, will provide great opportunities for impactful bioengineering research and will also facilitate the advancement of academic medicine at Illinois.”

Anastasio received an NSF CAREER award in 2006 for research related to image reconstruction topics. In 2015, he was elected to the American Institute for Medical and Biological Engineering (AIMBE) College of Fellows, which is made up of the top two percent of accomplished medical and biological engineers responsible for medical discovery and innovation in academia, industry, and government. Earlier this year, he was named a Fellow of the International Society for Optics and Photonics (SPIE). He is also a Senior Member of the Institute for Electrical and Electronics Engineers (IEEE). He is on the editorial boards of the Journal of Biomedical Optics, Journal of Medical Imaging, and Photoacoustics, as well as the organizing committee for the SPIE Photonics West Photon Plus Ultrasound Conference. He is also Chairperson of the Emerging Imaging Technologies and Applications Study Section of the NIH.