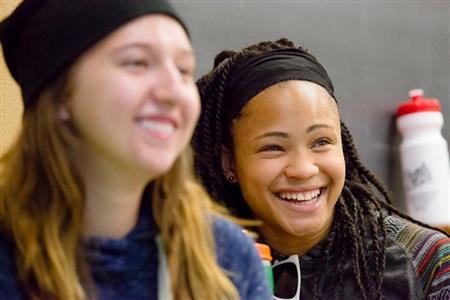 The University of Illinois at Urbana-Champaign's College of Engineering has received up to a $1 million commitment over five years to support the Academic Redshirt in Science and Engineering (ARISE) program.

Similar to the “redshirt” year most commonly associated with student-athletes, ARISE gives a select group of up to 25 students from under-resourced backgrounds in the State of Illinois an extra year to get ready for traditional freshman-year courses. These students demonstrate potential to succeed in Illinois Engineering, but may not have had access to advanced level coursework in high school.

In their first year, ARISE scholars go through a customized preparatory program in calculus and science as well as an enhanced orientation to engineering. They have access to exclusive scholarships and financial aid resources which guarantee it won’t cost them more to graduate in five years than it would to go through the program in four.

In addition to the financial commitment, Amazon will provide students significant engagement with the company, including employees who will serve as mentors. This is on top of individual mentors from the engineering faculty, who also advise and support them throughout their college career.

The National Science Foundation gave the seed money for the program in 2016 when it awarded a six-institution consortium, including the University of Illinois, a five-year, $5 million grant to establish a bridge year for the incoming freshmen. Although the NSF funding was enough to jump start the program, it doesn’t cover all the cost. Amazon is helping Illinois fill that gap and give it a chance to continue beyond the five years of the grant.

“ARISE fits the community engagement mission of Amazon -- to provide resources and ignite the passion for STEM education to the next generation,” said Gregg Zehr, President of Amazon Lab126, who holds two degrees in electrical engineering from Illinois. “The University of Illinois has a global reputation in engineering, and we’re excited to help students who need a little extra preparation to succeed at a place like Illinois.”

“We are thankful to Amazon for coming alongside us as we commit to giving more students around the state a chance to be an integral part of the impactful work being conducted on our campus,” added Jonathan Makela, associate dean for undergraduate programs for the College of Engineering. “As ARISE seeks to promote socio-economic diversity within the College, we want to give students the best chance to succeed throughout their time in Illinois Engineering and earn their degree. The support from Amazon will ensure that ARISE scholars will have access to a dedicated network to support them through this process.”

For more information on this story or for other College of Engineering media inquiries, contact Mike Koon, Marketing and Communications Coordinator by phone (217-244-1256) or email (mkoon@illinois.edu)