As part of its ongoing efforts to improve the U.S. infrastructure for research and education in nanotechnology , a team of researchers at the University of Illinois at Urbana-Champaign, along with other university partners, has received a five-year $700,000/year grant from the National Science Foundation (NSF)  to establish a dedicated nanoBIO node to the Network for Computational Nanotechnology (NCN), as part of a comprehensive plan with nation-wide reach to support nanoBIO research and education. 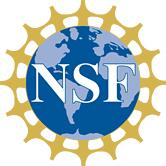 “The urgency to contain health care costs and improve services, the imperatives to provide safe and plentiful food supplies, and the need for efficient bio-fuel production as part of a sustainable energy strategy all point to biology as the pivotal science of the future, and nanotechnology as the enabler,” explained Umberto Ravaioli, a professor of electrical and computer engineering and principal investigator for the project. “Our goal is to build a bridge between engineering and biology; to create tools that introduce computation and visualization to make various biological processes interesting for engineering students.”

Funded by the NSF Division of Engineering Education and Centers, the proposed node will create extensive online resources with the purpose to position the NCN Cyber Platform as the focal point for collaborative interactions of a diverse computational and experimental nanoBIO community. NCN was formed in 2002 by the NSF as a collaborative multi-university team with Purdue University as the lead institution and the University of Illinois as one of the primary partners. This effort evolved out of similar groups that operated earlier, with NSF sponsorship, in response to the growing need for the physical simulation of electronic devices.

Umberto Ravaioli
Umberto Ravaioli
“The ultimate goal of the nanoBIO node is to create resources for the discovery of devices suitable for nanoBIO applications, and to train the next generation of leaders who will translate nanoBIO technologies from research to the marketplace,” said Ravaioli, who is also the interim associate dean for undergraduate programs in the College of Engineering. “These are crucial steps toward sustained transformation and revitalization of the health care industry, with broad potential impact on the creation of new high-tech jobs in an important manufacturing sector in the U.S.

“A new breed of scientists and engineers, with expertise across multiple physical and life science disciplines, is needed to sustain this vision. The node aspires to be the catalysts for truly innovative interdisciplinary education opportunities, putting forward an exciting educational plan which lays the foundations for a multi-faceted and integrated K-to-PhD pathway.”

The nanoBIO project is just one in a succession of programs aimed at improving educational offerings at institutions across the country. In 2010, the University of Illinois was awarded a five-year, $3.2 million grant from the NSF’s Integrative Graduate Education and Research Training (IGERT) program aimed at producing the next generation of intellectual leaders who will define the new frontiers of Cellular & Molecular Mechanics and Bio-Nanotechnology (CMMB).

To optimize the available resources, the nanoBIO group is reaching out to key bioengineering and life science groups on the Illinois campus, and forging partnerships with related IGERT programs, multi-university centers, and industrial collaborations to create a national fabric of interactions. The activities will revolve around the Beckman Institute and the Micro- Nanotechnology Laboratory. In addition to Ravaioli, co-principle investigators at the University of Illinois include Catherine Murphy (chemistry), Aleksei Aksimentiev (physics), and Ting Lu (bioengineering). In addition, a number of other prominent scientists on campus are involved as senior collaborators, including Klaus Schulten (physics), Rashid Bashir (electrical and computer engineering, and bioengineering) and Emad Tajkhorshid (pharmacology). Juan Meza, dean of the School of Natural Sciences at the University of California at Merced, is also a co-principal investigator on the project.

“As a key partner institution, the University of California at Merced will take the lead in developing outreach activities in nanoBIO,” Ravaioli stated. “UC-Merced is a new school, and they have made a deliberate choice to develop a biology curriculum grounded in computation. They will be actively engaged in the development and testing of research and educational nanoBIO tools, which can then be directly integrated in the classroom experience.” UC-Merced is also a part of the CMMB IGERT, which will help facilitate the exchange of students between Illinois and UC-Merced for joint projects.

Although the proposal covers a comprehensive range of activities, the overriding goal is to organize the node as the first step towards a nanoBIO eco-system, by completing a set of four high-priority technical objectives:

To address the focus on devices and systems, the nanoBIO node will engage laboratories at Illinois with cutting-edge expertise in computational biology, bio-device fabrication and information technology, these laboratories include: the Beckman Institute, the Micro & Nanotechnology Laboratory, the Institute for Genomic Biology, and the National Center for Supercomputing Applications.
_______________________

If you have any questions about the College of Engineering, or other story ideas, contact Rick Kubetz, writer/editor, Engineering Communications Office, University of Illinois at Urbana-Champaign, 217/244-7716.