Researchers from the Department of Nuclear, Plasma, and Radiological Engineering (NPRE) at Illinois have won two research grants--totaling $5 million--to develop cladding for nuclear fuel rods that can better withstand a reactor accident. 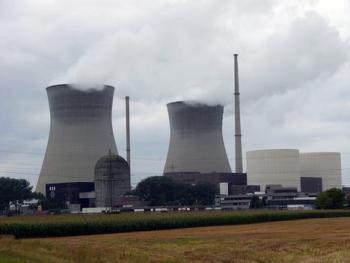 This international research effort represents a proactive response of the DOE, the U.S. nuclear industry, and the United Kingdom following the March 2011 events in Fukushima, Japan, when an earthquake and tsunami hit the northern part of the country, leading to the eventual destruction of reactors at the Daiichi site.

As a principal investigator for the three-year project, Brent J. Heuser, will lead the work on reactor cladding performance. Joining him from NPRE will be professors James F. Stubbins and Rizwan Uddin; assistant professor Tomasz Kozlowski will take the lead on reactor systems.

Dallas Trinkle and Robert S. Averback from the Department of Materials Science and Engineering at Illinois will also participate in the work. Fifteen additional principal investigators from the University of Florida, the University of Michigan, Idaho National Laboratory, the University of Manchester in the United Kingdom, and industrial partner ATI Wah Chang, an Albany, Oregon-based nuclear cladding fabricator, will be involved. 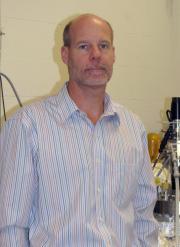 Brent Heuser
Brent Heuser
Heuser said the scientists will examine two concepts to develop accident tolerance during off-normal event scenarios: 1) the application of a coating to the cladding and 2) bulk composition changes that promote self-healing in the cladding.

Nuclear fuel cladding separates the water coolant and fuel, representing the first engineering barrier for the reactor. The reactor pressure vessel and the reactor containment structure are additional engineering barriers. The material used in cladding is Zircaloy, a zirconium-rich alloy containing small amounts of tin, iron, nickel, and chromium.

In the case of the Fukushima accident, the Zircaloy cladding reacted with steam to form thick oxide scale. This oxidation reaction adds additional heat to the fuel during the transient and releases hydrogen gas.

Heuser and his group believe that applying a coating to the cladding will inhibit oxide formation, thus preventing hydrogen release and additional fuel heating. With the self-healing option, an additive is included in the cladding material. During an off-normal event, the additive will migrate to the surface and form a coating. This change in the surface composition is anticipated to inhibit oxide formation.

The NPRE scientists’ work in this project is related to existing research, also funded by the DOE, to study used nuclear fuel in storage. The new project is anticipated to leverage the technical expertise and facilities at the Urbana campus and the other partner institutions to further promote nuclear reactor safety.

Six new graduate students will be needed within NPRE to participate in the project, Heuser said, with more students supported at the partner academic institutions both in the United States and overseas.
______________________

If you have any questions about the College of Engineering, or other story ideas, contact Rick Kubetz, editor, Engineering Communications Office, University of Illinois at Urbana-Champaign, 217/244-7716.