The top-ranked College of Engineering at Illinois continues to build its legacy, adding several elite-level faculty researchers to its list of Founder Professors and the first Grainger Distinguished Chair in Engineering. New faces include Timothy Chan (computer science) and Alexander Stolyar (industrial and systems engineering) who will join the Illinois faculty in January 2017.

In 2013, the College announced the establishment of the Grainger Engineering Breakthroughs Initiative (GEBI)—made possible by a $100 million gift by The Grainger Foundation—that aims to further cement Illinois’ leadership role in the fields of bioengineering and Big Data. In addition to funding undergraduate scholarships, expanded faculty, and facility renovations, the gift includes an endowment for attracting and retaining renowned scholars who will strongly contribute to the impact and international stature of engineering research and education at Illinois.

“We welcome our new faculty members and acknowledge the incredible advancements emanating from our existing campus laboratories,” said Andreas Cangellaris, dean of the College of Engineering. “Illinois has long been a global leader in engineering education and a driver of transformative innovation. Thanks to the Initiative, we are able to grow and diversify our faculty in these cross-disciplinary frontiers and enable them with the state-of-the-art facilities and resources they need to revolutionize the way we prevent disease, practice medicine, eradicate famine, and promote and enable wellness at the global scale.” 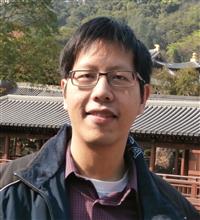 Timothy M. Chan
Founder Professor in Computer Science
Timothy Chan is a world leader in computational geometry, and more broadly, in the design and analysis of algorithms and data structures. As one of the field’s most productive and influential researchers, Chan has contributed a number of seminal results of fundamental importance with nearly 200 publications to date. His evolving plans include pivoting his powerful theoretical tools into the Big Data arena, where he argues that critical tasks in high-volume streaming/sketching can be formulated as geometry problems.

“Illinois has long been a world leader in computational geometry, and Timothy Chan strengthens our already excellent group,” stated Rob Rutenbar, head of the Department of Computer Science. “His recent work is changing how we think about dynamic geometric data structures, and creating novel ways to cast big data problems as questions that can be answered with geometry techniques.”

Chan comes to Illinois from the Cheriton School of Computer Science at University of Waterloo, Ontario, Canada, where he was a full professor and former University Research Chair in the Department of Computer Science. In the classroom, Chan excels at explaining difficult concepts cleanly and simply, making him a popular and respected teacher. 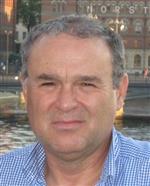 Alexander Stolyar
Founder Professor in Industrial and Systems Engineering
As one of the leading queueing theorists in the world, Alexander Stolyar has made fundamental contributions to the analysis and control of stochastic networks. Among his deep and influential theoretical contributions, is the introduction of the fluid limit technique for establishing a fundamental property, stochastic stability of queueing networks, which became a standard tool in stochastic networks theory. His work the MaxWeight scheduling algorithm in the heavy-traffic asymptotic regime, originated a sizable amount of literature in this direction and was awarded the prestigious INFORMS Applied Probability Society 2002-2004 Best Publication Award. Stolyar’s Google citations—more than 7,000 with an h-index 35—are rare for a queueing theorist. He also has made significant industrial impact as illustrated by more than 20 patents and actual implementations of developed solutions/algorithms. His current work is motivated primarily by the problems arising in big data processing and cloud computing. 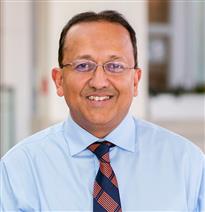 Rashid Bashir
Grainger Distinguished Chair in Engineering
A professor of bioengineering—with affiliate appointments in electrical and computer engineering, mechanical engineering, and molecular and integrated physiology—Rashid Bashir joined the Illinois faculty in 2007, serving as the director of the Micro and Nanotechnology Laboratory and co-director of the campus-wide Center for Nanoscale Science and Technology. His research projects span the areas of bionanotechnology, BioMEMS, lab-on-a-chip, interfacing of biology and engineering from the molecular to the tissue scale (bio-bots), and applications of semiconductor fabrication to biomedical engineering—all applied to solving biomedical problems. Bashir has authored or co-authored more than 200 journal papers, over 200 conference papers and conference abstracts, over 110 invited talks, and has been granted 38 patents. He has licensed technologies to three startups and other companies.

In addition to his own research group, Bashir was the principle investigator (PI) on the NSF IGERT on Cellular and Molecular Mechanics and Bionanotechnology, and PI on an NIH Training Grant on Cancer Nanotechnology. He is also a project lead on an NSF Science and Technology Center on Emergent Behavior of Integrated Cellular Systems (headquartered at MIT, with partners at Georgia Tech and Illinois). In August 2013, he was named head of the Department of Bioengineering. He is a key member of the team that developed the plans for the new engineering-based Carle Illinois College of Medicine, currently co-leads the curriculum development for the new College, and was the founding interim director of the Health Care Engineering Systems Center at Illinois. 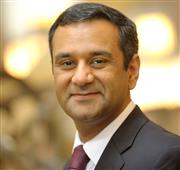 Rohit Bhargava
Founder Professor in Bioengineering
Rohit Bhargava is Bliss Faculty Scholar and professor of bioengineering, with affiliate appointments in chemical and biomolecular engineering, mechanical science and engineering, electrical and computer engineering, and chemistry. Following a stint at the National Institutes of Health, Bhargava came to Illinois in 2005. He was among the first faculty in the new Department of Bioengineering and has played a key role in its development.

A cutting-edge researcher, Bhargava has pioneered the development of infrared spectroscopic imaging, starting from his doctoral thesis that was the first in this field. Fundamental work in theory and numerical methods in his laboratory directly leads to new instrumentation and technologies. Instruments developed in his laboratory have been used to provide new means to characterize and define cancer using chemical imaging that are leading to the emergence of the field of digital molecular pathology. Using 3D printing and engineered tumor models, his most recent research seeks to create designer cancers in the laboratory.

Among his recent educational innovations are the Cancer Scholars Program—a challenge-inspired model for undergraduates using real-world problems to inspire and develop students—and a NIH-funded graduate training program focusing on the tissue microenvironment. Bhargava founded, and serves as director, of the Cancer Community@Illinois, a University-wide effort dedicated to advancing cancer-related research and scholarship. The effort is a unique approach to oncology across the lifespan and the first such national center combining high quality engineering with the field of oncology. 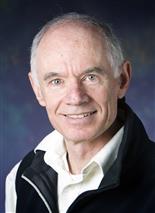 Yoram Bresler
Founder Professor in Electrical and Computer Engineering
A professor of electrical and computer engineering and of bioengineering, and a research professor at the Coordinated Science Laboratory, Yoram Bresler is considered a foremost pioneer and father of the current field of compressed sensing in the area of signal processing and applied mathematics. A former associate editor for the IEEE Transactions for Image Processing, Bresler served on the editorial board of Machine Vision and Applications; he currently serves on the IEEE Biomaging and Signal Processing Technical Committee, and on the editorial boards for the IEEE Journal on Selected Topics in Signal Processing, and the Society for Industrial and Applied Mathematics (SIAM) Journal on Imaging Sciences.

In 1999, he was named a University of Illinois Scholar and appointed as an associate at the Center for Advanced Study (2001). A Fellow of the IEEE and of the AIMBE, Bresler was appointed as a Distinguished Lecturer by the IEEE Signal Processing Society (2016-17). He is a co-founder, president, and chief technology officer of InstaRecon, Inc.—a software spinoff from his academic research—that develops and markets breakthrough image reconstruction technology for CT scanners. Colleagues note that Bresler extends the unrelentingly high standard he imposes on his own work to his teaching, with his students placing him on the “Incomplete list of teachers ranked excellent by their students,” in addition to department and College-level awards 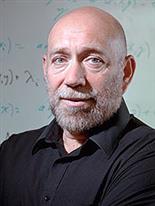 Dan Roth
Founder Professor in Computer Science
Dan Roth has been at the forefront of research in natural language understanding, machine learning and reasoning. A professor in the Department of Computer Science and the Beckman Institute, he also holds faculty appointments in the Statistics, Linguistics, and Electrical and Computer Engineering departments, and at the Graduate School of Library and Information Science.

Roth has done pioneering work that has helped bridge Learning and Reasoning in AI, including developing a theory integrating Learning and Reasoning, formally showing the benefit in jointly studying these important phenomena, and a highly influential constrained optimization framework that augments the learning of statistical models with declarative constraints. Building on these theories, Roth and his team have developed tools that can analyze human language, categorize it, parse it semantically, and “wikify” it—disambiguate it and map snippets of text to the relevant Wikipedia pages. These tools are used by numerous researchers and some commercial companies to access text in more sophisticated ways than a keyword search, which is used by search engines such as Google.

He is a Fellow of the American Association for the Advancement of Science (AAAS), the Association of Computing Machinery (ACM), the Association for the Advancement of Artificial Intelligence (AAAI), and the Association of Computational Linguistics (ACL), for his contributions to Machine Learning and to Natural Language Processing. He is the editor-in-chief of the Journal of Artificial Intelligence Research, and he has published broadly in machine learning, natural language processing, knowledge representation and reasoning, and learning theory, and has developed advanced machine learning based tools for natural language applications that are being used widely by the research community.