As the world searches for avenues to clean drinking water, particularly in developing countries, a company based in Champaign and founded by two University of Illinois professors is making a difference.

EP Purification uses microplasma technology to generate ozone (O3) to aggressively remove bacterial and viral pathogens, as well as environmentally-harmful chemicals, in water. The benefits of ozone, one of the strongest disinfectants available commercially, have been known for more than a century-since Ernst Werner von Siemens first formed the molecule artificially in the 1870s in a high voltage electrical discharge. The technology has remained much the same ever since and, until recently, has been too expensive and unreliable for large-scale use, says EP Purification co-founder Gary Eden, a professor of electrical and computer engineering.

“In the past, ozone was generated by a corona discharge,” Eden said. “It produces in oxygen something that looks like a lightning bolt. The challenge is that ozone is only produced right at those “lightning bolts”. Corona systems are large and require high voltages. Our technology is radically different. It’s completely modular and uses a ‘beehive’ approach to chemical processing- a small amount of ozone is produced by literally thousands of microscopic channels. Because there are so many channels at work, the difference is not noticeable if any one of them fails.”

EP Purification takes oxygen from natural air or, in some cases, concentrated oxygen and runs it through microchannels on a microplasma chip, creating ozone. The company uses ozone generation for the disinfection of drinking water and for the treatment of wastewater. The amount of ozone needed for each use determines how many chips are installed in a module. An individual family of four, for example, would need just one chip; for a larger project (such as the disinfection of water for a village), up to six chips can be placed into a module, and more than one module might be required.

The added benefit of the technology is it doesn’t leave a footprint. The chips are made of aluminum and are fully recyclable. One of the best features of ozone is that any portion that does not react to disinfect water or wastewater simply converts back to oxygen. In contrast, chlorine, the most widely used disinfectant in the U.S, is known to produce small amounts of carcinogenic molecules (known as byproducts) in water.

“From an environmental standpoint, ozone is the ultimate because it comes from air that we breathe and what’s left over reverts back to O2,” Eden said “Over the years, we have been using a number of chemicals to disinfect water, and we pay them little attention. They just go down the drain and the water treatment facility has to deal with it. Much of the chlorine (and other chemicals) is not recovered and simply flows into streams and rivers. In my opinion, we owe chlorine a big debt because, in the last century, it has made water safe to drink. But going forward, it is important that we change horses.”

When Eden and his business partner and fellow ECE professor, Sung-Jin Park, developed the technology and formed EP Purification, they set out to first break into the domestic market. Soon, however, they found that the international demand was so great that they shifted focus. Today, EP Purification has customers in almost 30 countries, including Haiti, the Canary Islands, Canada, the Philippines, India, Israel, Singapore, and South Korea. They are often invited to have a booth at international water exhibitions, partially at the expense of governmental and non-governmental agencies, and are flooded with inquiries and orders. 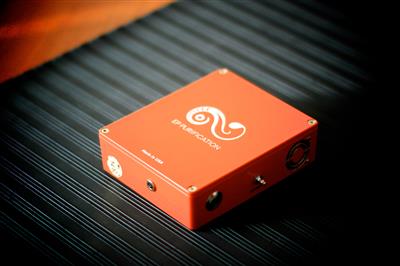 The EP Purification technology is currently being used in at least 30 countries.
In many developing countries, women have the responsibility of transporting water for their household. They put the water in a cistern, which is often shared with another family. Using EP Purification technology, which they can purchase for around $150, water can be safe for drinking and washing the next day. Eden said that as the company produces a higher volume of units, he expects the price per unit to drop to well below $100. In a number of international settings, the cost of the ozone generator is assumed by an NGO.

In addition to disinfecting drinking water, the technology is expected to replace the biocides currently used to disinfect water in cooling towers, and for wastewater treatment. Particularly in Asia, it has been used to drive down the bacteria count in water for raising fish. Ozonated water can also be sprayed onto produce to kill pathogens such as listeria and E.coli that have caused sickness in the U.S. and elsewhere . A partner in Texas is using this method to disinfect vegetables and other foods in school cafeterias. In northern Israel, farmers use the technology to treat water that is run off from their livestock operation after it filters through underground reservoirs. Plants that use dye for manufacturing clothing are using ozone in dismantling aromatic hydrocarbons.

“One of the great strengths of the technology is not only are we able to create ozone efficiently, but microplasma systems allow for ozone to be dispensed very precisely,” Eden said. “We have sensors inside each of the units so that if, for example, a leak occurs or the system output is not up to specifications, we are aware of it immediately and are able to either shut down the system or alter its performance. We are able to do this to any system around the world, through the Internet. In the past, ozone has been generated by a high voltage process and in large chambers. The process was difficult to control precisely and many systems were not monitored well.”

Municipalities are already taking notice. For instance, the city of Toronto and the Metropolitan Water District of Los Angeles have turned to ozone to disinfect all of its drinking water.

EP Purification is working with the Champaign County Nursing Home and another assisted care facility in Champaign to use ozone for cleaning laundry for residents. Because ozone is so aggressive, it significantly cuts the amount of detergent and softener required and eliminates the need for hot water. In the future, the company also plans to work with manufacturers to install a module inside washing machines. The elimination of the hot water cycle could save consumers up to 30 percent on their utility bill, according to Eden.

“The number of applications is enormous,” Eden said. “It has been known for some time that ozone is the most powerful disinfectant and oxidizer that is available commercially. It requires much lower concentrations because it so effective and, specifically, is much more lethal against pathogens, viruses and bacteria in water than is chlorine. However, it has had a small impact in water disinfection in the past, entirely because of its cost. By changing the paradigm, I believe it will eventually become the means of not only of generating ozone for water disinfection but also for all plasma chemical processing.”

For more information about this story or for other College of Engineering media inquiries, contact Mike Koon, Marketing & Communications Coordinator, 217/244-1256