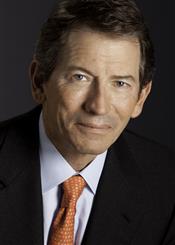 Thomas M. Siebel
“We created the Siebel Energy Institute to stimulate the best minds in engineering and computer science to work collaboratively on the science of smart energy,” said SEI Chairman Thomas M. Siebel. “Our goal is to advance innovations in data analytics and machine learning to improve the safety, cybersecurity, reliability, efficiency, and environmental integrity of the advanced smart grid.”

SEI marked its official launch on August 4, 2015, with the announcement of 24 research grants nearing $1 million. The winning research proposals, led by engineering and computer science experts from the Institute’s member universities, will accelerate the development of algorithms and machine learning to improve the performance of modern energy systems.

“The mission of the Siebel Energy Institute is to dramatically accelerate primary research to advance the science of machine learning and analytics as it relates to energy, oil and gas, and power systems,” said Siebel. “All research that is supported by the Siebel Energy Institute will be freely available in the public domain through the Non-Exclusive Royalty Free (NERF) license protocol used by consortium member universities. “

University of Illinois' projects funded in this inaugural grant include:

Twenty-four teams received either $50,000 or $25,000 seed grants, which will be used develop research proposals to advance the science of machine learning to respond to electrical outages and cybersecurity attacks, to managing increasingly complex load factors such as electric vehicle charging and integrating renewable energy sources onto the power grid, and to optimize the power value chain. The researchers will focus on how to apply advanced analytics to improve energy efficiency, grid reliability, and customer engagement. (For more detailed information on each research grant, visit the Siebel Energy Institute website.)

The Institute’s Executive Committee, which includes representatives of all consortium member institutions, selected the recipients from a field of nearly 60 submissions. Using the Siebel Energy Institute grant awards, the research teams will develop larger research proposals and grant submissions to government entities and foundations within a leveraged funding model designed to attract $100 to $200 million in funded research over the next five years.

Other member of the SEI consortium include: Carnegie Mellon University, École Polytechnique, Massachusetts Institute of Technology, Politecnico di Torino, Princeton University, University of California at Berkeley, and University of Tokyo. The Thomas and Stacey Siebel Foundation established the Institute with a $10 million grant. The Institute is supported by an Industry Advisory Board that initially includes Pacific Gas & Electric, Honeywell, C3 Energy, and other leading energy companies and industry influencers, who have partnered with the Institute to foster active collaboration with the private sector.

Thomas Siebel is a graduate of the University of Illinois at Urbana-Champaign, where he received a bachelor of arts in history, an MBA, and a master’s degree in computer science. A leading technology entrepreneur, philanthropist and founder of Siebel Systems, he currently serves as the chairman of the Board at First Virtual Group.

The Thomas and Stacey Siebel Foundation—a nonprofit, public benefit corporation—was established as a private foundation in 1996. Engaging as a strategic philanthropy, it support projects and organizations that work to improve the quality of life, environment, and education of its community members. The Thomas M. Siebel Center for Computer Science is the home for the Department of Computer Science at Illinois, and each year, five CS graduate students are selected as Siebel Scholars.