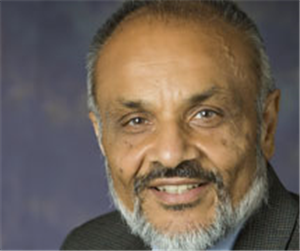 During his academic stay at Illinois, Patel has had a major role in two start-ups. First was as founding technical advisor to Nexgen Microsystems, which gave rise to AMD?s present line of microprocessors. Second was as a co-founder of Sunrise Test Systems, which now is the basis for many test tools from Synopsys. In addition, Patel has provided technical consulting to a wide range of industries on architecture, reliability and testing.

He received a Bachelor of Science degree in Physics from Gujarat University, India and Bachelor of Technology in Electrical Engineering from the Indian Institute of Technology, Madras, India, and a Master of Science and Ph.D. in Electrical Engineering from Stanford University. He is a Fellow of ACM and IEEE, a recipient of the 1998 IEEE Piore Award and IEEE Test Technology Council Lifetime Achievement Award.